It has been a long time since I’ve posted anything but, in honor of my trip coming up this Thursday, I thought I would do a “Take me Back” Tuesday Post on ST. Martin!

February 2014 my family and I went to St. Martin for 10 days. My sister put together this trip for my mother’s birthday. Now I’m a Europe kind of girl, that’s where my heart is. But it did not take long for St.Martin to win my heart.

10 of us stayed in this bangin’  Villa in Eden Rock. Not gonna lie the ride was a little sketchy, I was not sure where the driver was taking us, so many winding roads. My sister had been there a few times before, so I wasn’t completely freaking out but I couldn’t see the dream. WELL, we pulled up on this hill and the view was breath taking we saw the cluster of villas and finally got to our spot and it was STUPID!! (in a great way). I felt like I started from thebottom, cause now we here! Amazing ocean views an infinity-esque pool in the back, and a window wall that completely opened up so you had this indoor outdoor feel. It was truly a dream.

Our Villa was on the Dutch side of the Island. If you’ve never been there is a Dutch side and french side. We frequented the Philipsburg Beach which is the beach that the cruise ships dock. A lot of stores and restaurants, cute boardwalk. It’s a very touristy spot. You can find high end stores and you can also find souvenir shops. There is something for everyone! Leave it to me to find the MAC store ;).

Maho Beach, Is this really happening?

We also went to Maho Beach which is a MUST see. It’s the beach you see from your window when you first land. And you’re thinking wait. Why can I see actual people waving to me. Well, it’s quite the site to see when you’re laying on the beach or in the water. You’re half thinking wow this is AMAZING and wait how is this legal? do people dye?? You must go see it, everyone needs at least one video or picture of it. 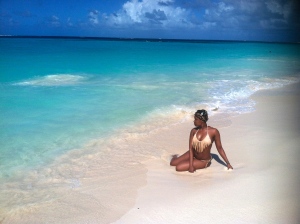 Anguilla but who do I think I am

Okay, so moving along we took a day trip to the island of Anguilla, by the Marigot port on the french side. MAN LET ME TELL YOU, if you thought the waters of St. Martin are crystal wait til you get to Anguilla! EVEN BLUER!!! wait WHAT?? So cray! I was LIVING! in Anguilla! I forgot that I was going home to my, then, home in Boston after this trip. Talk about an island, it’s even smaller than St. Martin but even still everyone is just chill, it’s really a no flex zone. Actually, I wound up Kiki’ing with some people on the beach and they were from Boston. Bit of a small world moment. They had their wedding on the beach we were on over 12 years ago and they go back every year for their anniversary. Because really it’s just romantic.

The trip was all in all amazing, We hired a personal chef for dinner, AND personal masseuse. I wasn’t about the masseuse, I don’t like people touching me hahah sorry bout it! If you can get in that villa life I would definitely do that. Although I’m nervous that I may be spoiled. Both my cousin and mom’s best friend that went with us were chefs, so we got the ultimate treatment. Private beach just down the road and we missed two of the major storms whilst we were there, so if you’re gonna go, go when it’s cold and you can’t take it anymore hahaha (go when you want).

This Thursday I’m going with a Zumba “retreat”. I just got the Itinerary and it’s more of a fitness camp. I’m excited. This time I’ll be staying on the french side and not in a villa. I’ll be staying at the Blue Bay Beach Hotel in Orient Bay. All I know is I’m going in at 150 lbs and coming back 140lbs hahahahaha it’s going down. Stay tuned for that post. I’m so excited to go. I’m also a Zumba instructor so it’s nice to see how these things work and to see if this is something I can do one day and realistically when that day will be, because it is going to happen!

Stay tuned til next time hunties!!! 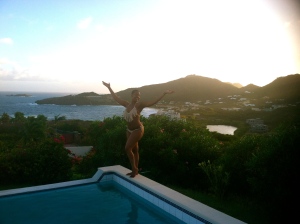 This memorial day weekend I went to Disney World and it was just awesome, DUH. I stayed at the Port Orleans Resort “French Quarters”. Back in 2000 I stayed there and I can say that from what I remember they definitely stepped their game up! 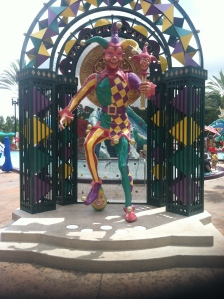 Port Orleans consists of two resort sites “French Quarters” and “Riverside”. The French Quarters, where I stayed, is a lot smaller than Riverside. It’s colorful and cute. It’s constructed to look like you’re walking the streets of the New Orleans, it’s fun and playful, it’s themed around Mardi Gras. The Riverside hotel is much bigger. It’s got a real southern charm. It, actually, looks a lot like the mansions on the plantation. It’s very erie because when you’re driving by it you’re instantly taken into another world. It’s very grand in appearance. I didn’t get a chance to walk around the resort to get a closer look. That would actually be a place I’d like to stay.

Getting back to The French Quarters, When I first pulled up to the hotel I thought it was a little “weak”. In comparison to the resorts, it really had a more modest entrance. Once you get passed the main building

, you’re in this cute little colorful city and you’re like “aww isn’t this adorable and cozy”. The Rooms look a little haunted. I’m glad there were no portraits of people on the wall or I may have run out screaming. It wasn’t a fancy room. I’ve stayed at the the Grand Floridian and they’re absolutely different. But what I loved was the character of the room. It would be a little odd if the rooms didn’t keep up with the theme of the resort. OOOHHHH, and the greatest part. THERE ARE HIDDEN “MICKEY’S” ALL THROUGH OUT ROOM AND BATHROOM!!! DAWHAAATT?

???!!! yes! and I had soooo much fun going on a “scavenger hunt” for Mickey heads! Especially because there was a lot of paisley and festive prints that decked the room. So if you ever get a chance remember to find the Mickey Heads. It’s a fun little thing to do and the kiddies will love it too! I’ve been there twice before and had no idea that was a even a thing!

But how was the service, though?! The service was quite exceptional let me tell you! And the people felt more real. Side Note: last y

ear I stayed at the Grand Floridian, Grand? Yes. Worth it? meh, maybe it was the time of year I went. The people there just seemed to be ON, too chipper (for the most part). It seemed unauthentic. I didn’t care for it. So that is what I am comparing my experience, this time, to. The French Quarters Cast members seemed very human. It felt honest, you can see their individuality and the most important part, they’re very patient! When I stayed there in 2000 my family was misinformed on the way the park passes and park/resort policy worked. As a result we missed the Forth of July firework spectacular which was a bummer. Flashing forward to 2015 everyone was on top of their game. Everyone was knowledgable and we had tons of questions and spoke with a few of the employees and they all knew their stuff. Another really great point to know is that they really do go above and beyond for the guest. There were complimentary gifts (fast passes, extra beignets) given because it was a birthday celebration. They most certainly made sure that our experience was as magical as could be!

One of the services that Disney world offers is transportation to and from the airport on the “Disney’s Magical Express” Bus. With this service, if you’d like you can set it up so that as soon as you land you go straight to the bus and the luggage will be dropped in your room. And when you’re ready to check out you have your luggage picked up and you don’t have to worry until you land and pick it up from baggage claims once you get back home. I signed up for that service. They tell you that your luggage will arrive to the hotel within a few hours. My luggage got there about an 1 hour after I got there. They drop it off and leave. It’s pretty stealth.

ss! Let’s talk about it! “Sassagoula”! I don’t even know what a Sassagoula is but that’s the name of their food court situation. Well let me tell you, I was not big on the Beignets (I also don’t have a huge sweet tooth) but they were cuutttee ;). I was pleasantly surprised with the food. (Let’s take it back down memory lane) The Grand Floridian for all of it’s Grandness really left me hanging when it came to the food both in the restaurant and in the “cafeteria”. I expected more from a Luxe Resort. With that in mind, I was very set to go to bed hungry the first night. Their dinner was calling my name but I didn’t want to be disappointed. I wasn’t impressed with the rice they had. It looked great but it  tasted like a Zatarains situation. I was over it. I did wind up settling on Pot Roast, mash potatoes, gravy and corn bread. And um YEAAAA. I WAS A JUNKIE. The mash potatoes could have been instant but they were seasoned and fluffy and they did a really great job with making it their own. The pot roast was juicy and tender AND they gave me a lot of it! I was impressed. They also offer American Cuisine and Italian Cuisine. I don’t trust Italian Cuisine from most places. After having the real deal, I just don’t eat Italian as much as I used to.  I

mean you go to Italy and have a mom that throws down in the kitchen it’s really kind of hard to come back from that! I’ve been spoiled!!! Buuuutttttt, I did have their meatball sub and I have to say it was not bad at all and I was shocked and so happy with that. The meatball sub is served with house made cajun spiced chips. Those. Were. to. DIE for! SO SO SO good. I was hooked! For resort food, I’d say that was pretty awesome and completely unexpected and totes better than anything I’ve ever had at the Grand Floridian. As you can tell I really, loved the GF 🙂

All in all, I really loved that Hotel, It was perfect and I don’t think there is anything I would change about it, okay I wish the dinner menu was offered at all times because I’m a junkie! French Quarters was just all around lovely and cute! Perfect for kids. The hotel has an activity schedule for kids and a Dj in the lounge that’s available on some nights. There is also an arcade, a pool and a TV that plays Mickey cartoons all day, keep the little ones busy! Also something to note is that French Quarters is considered a Moderate Hotel which means you can find some pretty sweet deals on the rooms without compromising your disney experience.

This hotel definitely gets “4 snaps for the kidz!!!” 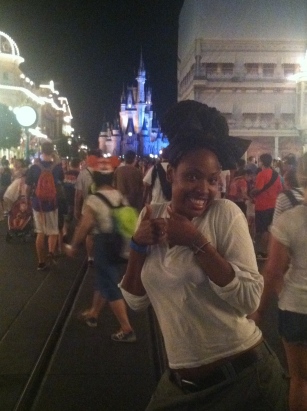